The city-state of Singapore is young having gained independence in 1965. It’s also very small, covering an area of 719 square kilometers; 23% of that land reclaimed since independence.

In December 1996 Starbucks commenced operations in Singapore and in 2014 Starbucks opened its 100th store. The store is located in a beautiful colonial heritage building, the Fullerton Waterboat House. It is marked by an elegant plaque; the display board offering Banana Split Mocha not quite as smart.

The math is simple. That’s a lot of stores opened in a short period of time in a small area. Melbourne is a city of almost 10,000 square kilometers. We have 8 Starbucks. Go figure. 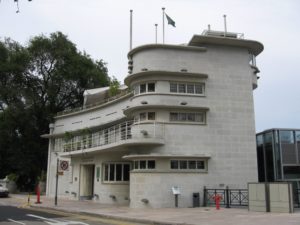 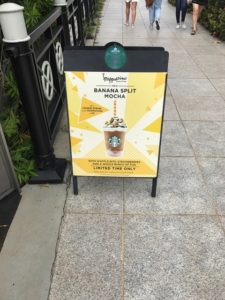