Buenos Aires is a physically beautiful and culturally rich city strongly influenced by decades of European migration. Argentinians embrace café society where hours are passed in animated political discussion and pensive reading. In headier days, before corruption, mismanagement and all the other ills that typically afflict South American industry, Argentina actually manufactured coffee machines. Unfortunately, those days are historical. Today , there are the budding shoots of the third wave characterized by minimalist cafes staffed by tattoo sleeved, bearded baristas with requisite attitude. Sadly, the vast majority of cafes still treat coffee with disdain. It’s such a shame and the coffee is disappointingly ordinary both in terms of presentation and extraction. See the image from the in house café at Malba. Macchiato masquerading as Mont Blanc. 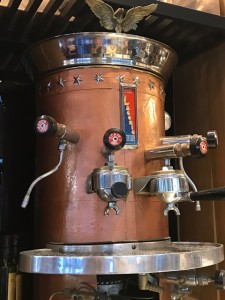 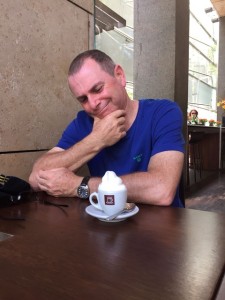 Nespresso has seized the day in Argentina. Kudos to them and to George Clooney. They have identified a vacuum and filled it with 7 gram capsules. Nespresso is served at high end restaurants to complement high end food and priced accordingly. Some might say it’s a disappointing way to end a meal. I would. 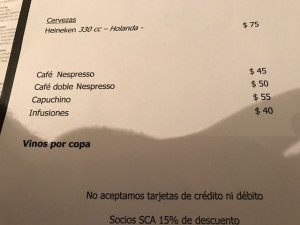 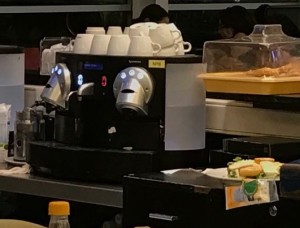